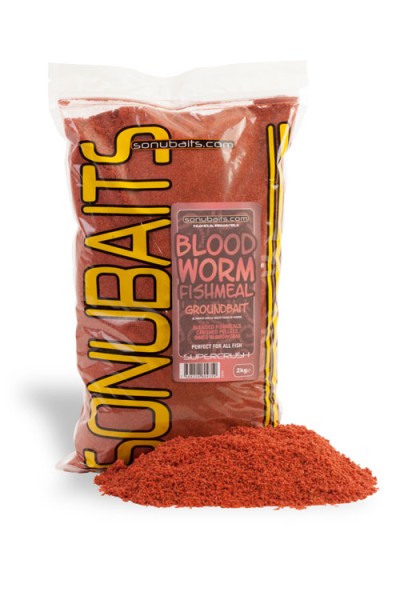 We've managed to develop a range of baits to include all of the important flavour and attractants of bloodworm into the everyday baits that anglers use, such as groundbait, pellets and paste. In testing, these baits have produced amazing results, often outscoring other baits. The groundbait can be used on the Method Feeder, in a Cage Feeder or even on the pole. It's texture and contents make it an extremely versatile.
We've even managed to pack as much flavour as possible into a number of other Bloodworm Fishmeal products, such as Liquid Flavour, Pastes, Soft Hooker Pellets and Feed Pellets. You can use these products for a number of different fishing types and situations.
The Feed Pellets can be used around a Method Feeder after being soaked in water, add the Liquid Flavour to your pellets to give them a boost when pole fishing, or use the Bloodworm Fishmeal One-to-One Paste to make the perfect consistency paste.
Paste is a bait often not used by angler's because of the soft texture, it is very easy to pull the hook out of the paste, often frustrating anglers so much that they stop fishing with it. Fibre Paste has been designed to stay on the hook, even when being cast with a waggler, yet retain a soft fluffy texture in the water! Use the power of bloodworm to
your advantage and bag up this year with bumper catches.